Tony Sirico, Who Played a Gangster on ‘The Sopranos,’ Dies at 79 | blackhatworld

Tony Sirico, Who Played a Gangster on ‘The Sopranos,’ Dies at 79 | blackhatworld

The actor, who frequently appeared in Woody Allen films, rose to fame for his performance of Paulie Walnuts in the acclaimed HBO series. 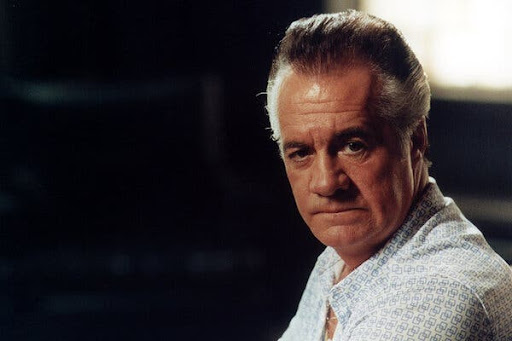 In Fort Lauderdale, Florida, Tony Sirico, who portrayed the oddball gangster Paulie Walnuts on “The Sopranos,” passed away on Friday. He was 79.

Bob McGowan, who served as his manager, confirmed his passing. The reason wasn’t stated.

Paul Gualtieri, known as Paulie Walnuts because he allegedly stole a truck full of nuts while expecting television sets, was one of Tony Soprano’s most devoted, overemotional, and rash guys. Paulie was the kind of person who would attend an intervention for a drug user and then punch the man in the face when it was his chance to talk.

Despite the fact that she was actually his aunt, he adored his mother and she loved him since he paid the bills to maintain her in a pricey nursing facility.

Paulie disliked cats, slept with hookers, wore tracksuits, and watched television on a chair that was covered in plastic. She was also afraid of germs. On a chilly night in the Pine Barrens when there was nothing else to eat, he could appreciate a nice ketchup packet but loathed having to pay an over $900 restaurant tab.

Paulie stood with a baseball bat casually draped over his right shoulder as the “Sopranos” actors posed for a group photo for the Rolling Stone cover in 2001. No hairstylist was permitted to touch Mr. Sirico’s hair, which was luxurious and dark with two silver “wings” on either side. He did the blow-drying and spraying himself.

In brief glimpses, those acquainted with Woody Allen movies recognised Mr. Sirico’s face. Beginning with “Bullets Over Broadway” (1994), in which he played the right-hand man of a formidable gangster turned theatre producer, he appeared in several of them. In the films “Mighty Aphrodite” (1995), “Everyone Says I Love You” (1996), and “Deconstructing Harry,” he played a frank jailhouse cop.

On July 29, 1942, Gennaro Anthony Sirico Jr. was born in Brooklyn, the son of stevedore Jerry Sirico and Marie (Cappelluzzo) Sirico. Junior, as he was known, recalled that his first run-in with the law involved him robbing a newsstand of some nickels. His brother Robert Sirico noted that although he attended Midwood High School, he never received a diploma.

He claimed to have grown up in Bensonhurst, where there were numerous mob-type individuals, in an interview with Cigar Aficionado in 2001. “I constantly observed them, observing their movements as they walked, drove their vehicles, and interacted with one another. Particularly as a child, there was an air about them that was really alluring.

He briefly worked in construction before succumbing to temptation. In James Toback’s documentary “The Big Bang,” he claimed, “I started running with the wrong type of folks, and I found myself doing a lot of awful things” (1989). Things that are bad like armed robbery, extortion, coercion, and possession of illegal weapons.

While serving 20 months of a four-year sentence at Sing Sing, the maximum-security prison in Ossining, N.Y., he saw a troupe of actors, all ex-convicts, who had made a stop there to perform for the inmates. “When I watched them, I said to myself, ‘I can do that,’” he told The Daily News in 1999.

He was an uncredited extra in “The Godfather: Part II” (1974) and made his official film debut in “Hughes and Harlow: Angels in Hell” (1977), from Larry Buchanan, the self-proclaimed director of schlock. Mr. Sirico followed that with more than a decade several modest television and film parts, with his portrayal of flamboyant mobster Tony Stacks in “Goodfellas” serving as the highlight (1990).

Mr. Toback served as his first supporter among producers, getting him roles in the documentaries “The Pick-Up Artist” (1987) with Molly Ringwald and Robert Downey Jr., the romantic drama “Love & Money” (1981) with Ray Sharkey, and the crime thriller “Fingers” (1978) with Harvey Keitel.

When “The Sopranos” first premiered in 1999, it quickly gained immense popularity. Mr. Sirico immediately realised how well-known he was. In 2007, he described an implausible scenario to The New York Times, saying, “If I’m with five other Paulies and somebody yells, ‘Hey, Paulie,’ I know it’s for me.”

He frequently collaborated with his “Sopranos” co-stars when the HBO series came to an end in 2007.

Following his role as Bert, the brother of Steve Schirripa’s Ernie, in a “Sesame Street” Christmas special (2008), he collaborated on projects with Steven Van Zandt in “Lilyhammer” from 2013 to 2014, Michael Rispoli in “Friends and Romans,” and Vincent Pastore in “Sarah Q.” (2018).

In the cartoon comedy “Family Guy,” he also provided the voice of a streetwise dog named Vinny (2013-16).

This year, he had an appearance in the criminal drama “Respect the Jux.”

He brought to “The Sopranos” at least one admirable insight from the underworld. He was certain that his persona would never be represented as a rat or as someone who would inform on his criminal family.

Paulie strangled an elderly nursing home resident with a pillow when she interrupted his theft of her life savings, which he also found difficult to do, but he was pleasantly delighted to find that after the programme aired, no one in the old neighbourhood seemed to think less of him.

Early on, though, he had a tendency to forget that he had turned away from the dark side.

In the Daily News interview, Mr. Sirico said, “I was this 30-year-old ex-con villain sitting in a class full of fresh-faced, serious theatre kids.” After I performed a part, the teacher “leaned over to me and said, ‘Tony, leave the pistol home.'” I hadn’t even realised I was carrying a gun with me after carrying one for so long.

Fore more trending news and blogs click on the link below-